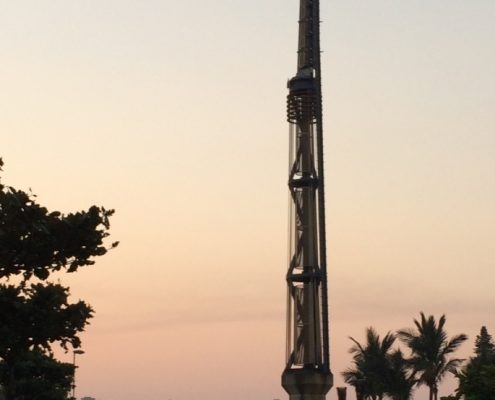 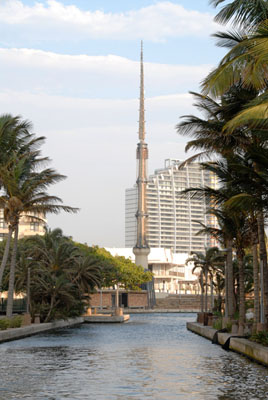 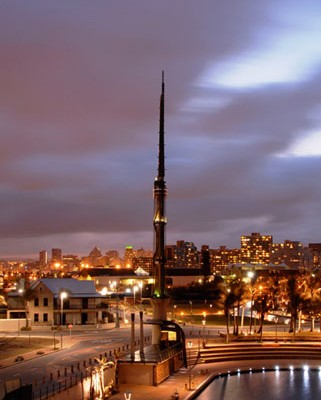 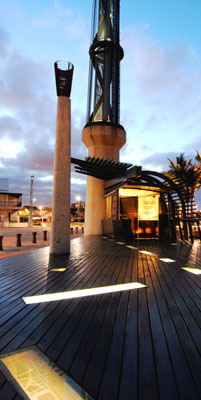 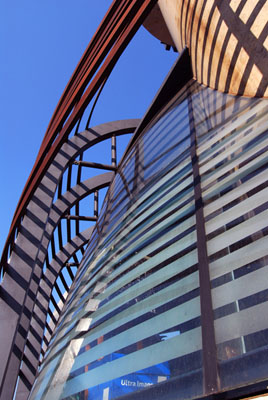 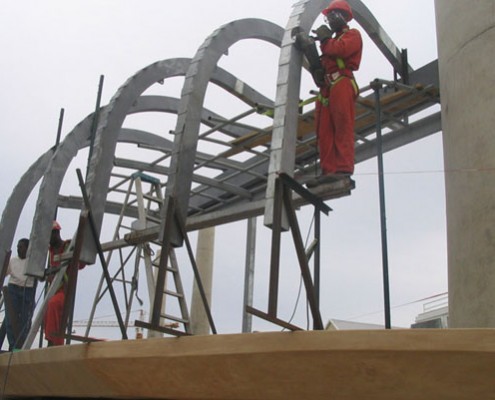 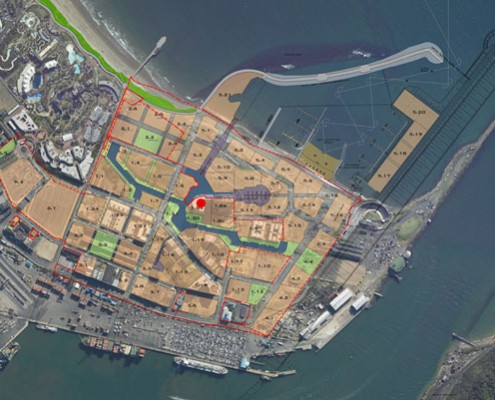 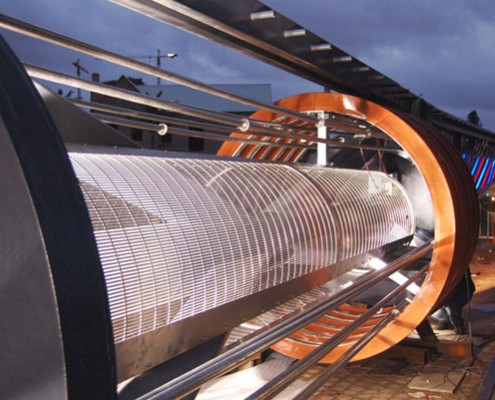 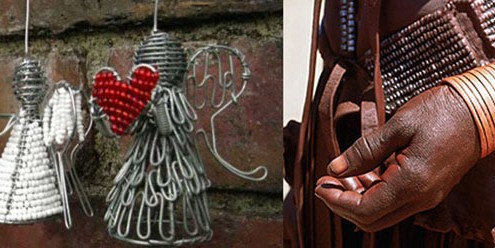 The design serves as a tangible connection to the memory of Durbans old Timeball tower, used by ships during the early 1900s to determine local time.

The historical significance of the Timeball is mapped out along the timber deck floor in the form of sandblasted artwork within glazed roof lights which also incorporates narrative text and images of neighbouring markers.

The forty six metre high Timeball is a slender column rising from a two and a half metre diameter concrete drum, whilst the steel body with structural rings and tension rods extends from this point terminating along a twelve metre streik.

Architectural expression of the new tower is derived from the harbours inherent industrial identity with the injection of the ports heritage of artistic and international cultural influences.

An ethnic and artistic element to the tower design led to an investigation of sculptural techniques using wire as a universally recognisable craft medium to give shape to the spire.

Mesh cowlings clad the tower allowing for the core structure beneath to become visible, creating a mantle over the structure. The discs suspended along the tower are reminiscent of the image of bangles along a womans arm.

The Capsule’s structural steel ribs follow the rhythm of the auditorium extending over the ablution and deck. The capsule forms a frameless transparent box which eliminates visual barriers between inside and outside. Construction materials have been deliberately chosen for their machine-like quality in contrast to the stonewall of the ablutions, which was reconstituted from the original historical stone of the Point.

Flues along the deck function as ventilation ducts to the ablution space below while establishing mini sentinels to the Timeball.

A polyrhythmic layering of structure, aesthetic and memory, has generated the Timeball as a contemporary urban intervention. 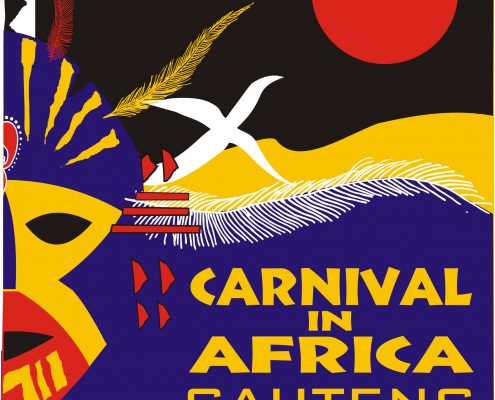 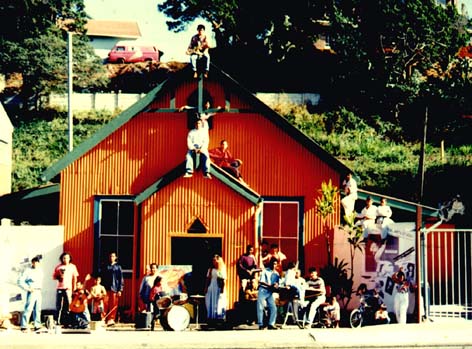 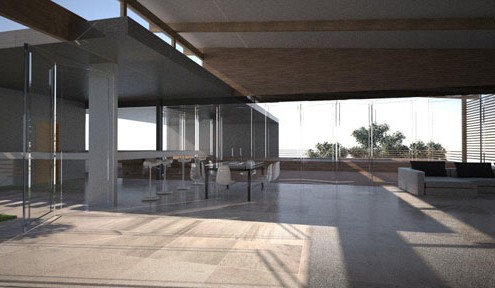 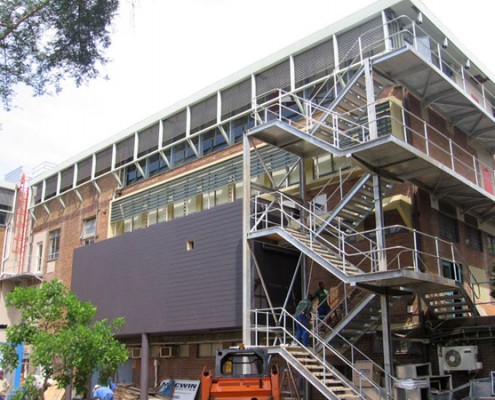 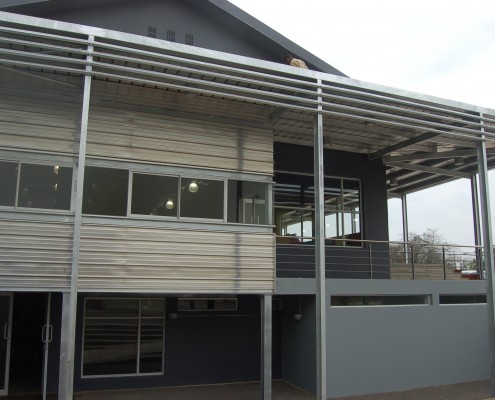 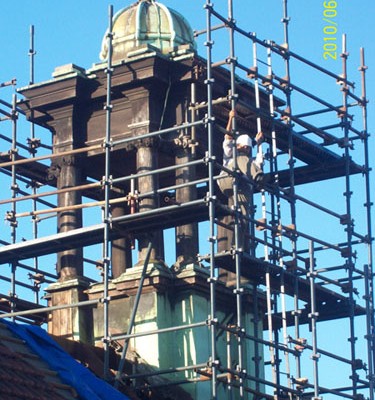 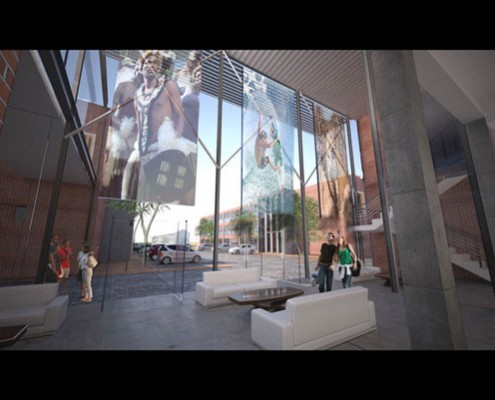 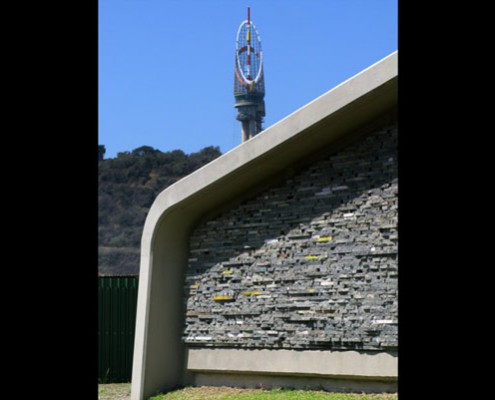 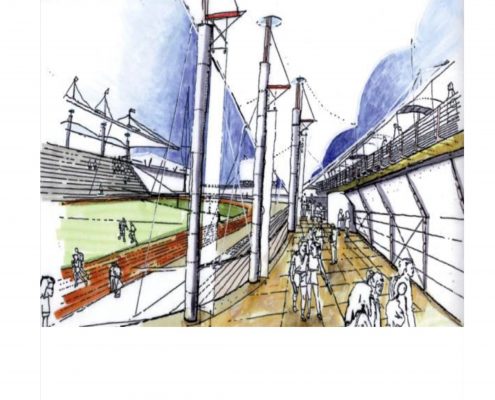 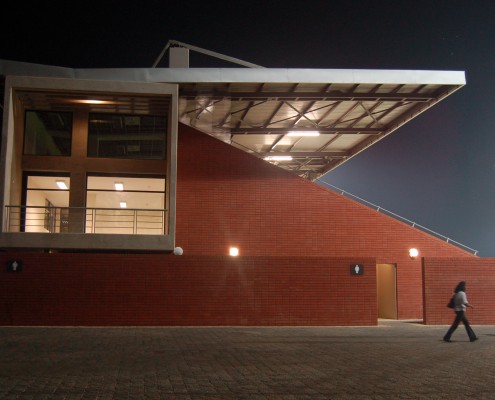 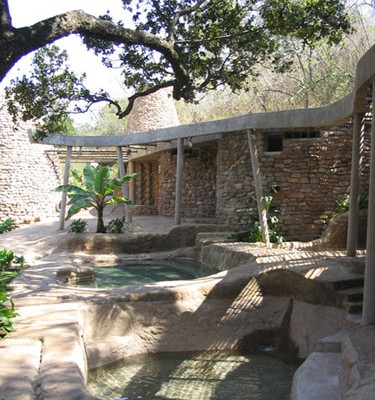 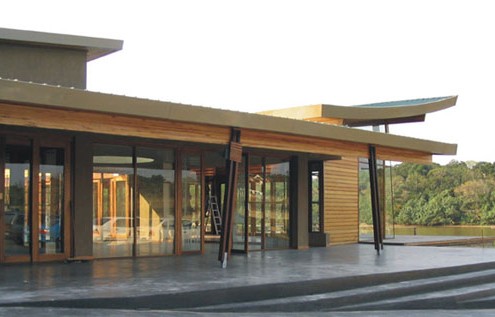 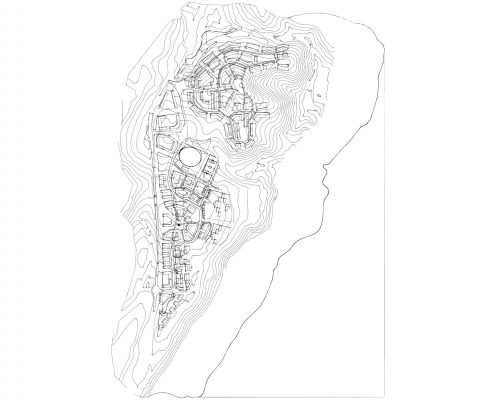 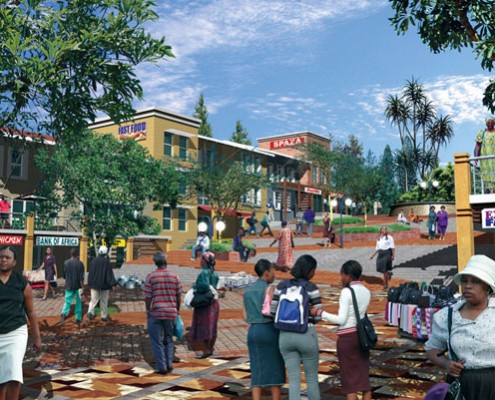 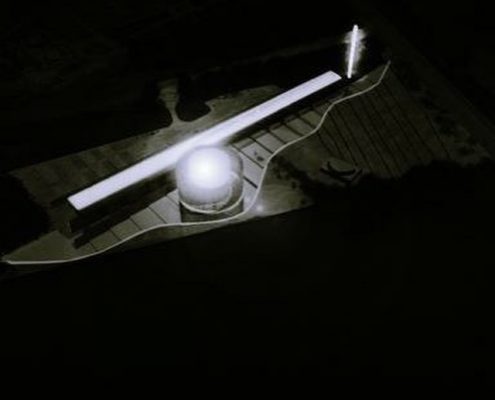