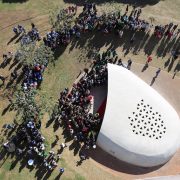 An Umlazi pensioner may have shed light on the final resting place of King Goodwill Zwelithini’s mother, Queen Thomo Jezangani Ndwandwe, who was buried secretly in Durban in the late 1950s.

Makhosegazi Simelane-Buthelezi this week took City Press and the monarch’s representative, Prince Zeblon Zulu, to a grave site in Chesterville’s Wiggins Road cemetery, where she says the queen’s remains were interred.

Buthelezi’s information could bring relief to Zwelithini, who has no idea where his mother was ­buried.

His mother’s ­departure from the royal household and life thereafter has long been the ­subject of ­speculation and rumour.

Buthelezi (92) said Ndwandwe passed away in 1958 after a short illness.

“She was secretly buried at Chesterville cemetery,” said Buthelezi, who added that the grave had been neglected.

Buthelezi, who gave detailed information about Ndwandwe’s life, said she and her family were very close to the monarch’s mother.

“She stayed with us at ­KwaBhanki area in Umkhumbane (now ­Mayville).

“We were very close. My ­husband, Mkhishwa Buthelezi, was her cousin.”

She said Ndwandwe was the ­second wife of King Cyprian, who had two other wives – Queen Nompumelelo Masuku and Queen ­Majali. Ndwandwe, she said, “was buried like a commoner after being kicked out from the royal palace by King Cyprian”.

When Ndwandwe came to her house, she arrived with a little boy whose name she could not ­remember.

She said: “The strange thing is that Thomo never mentioned anything about the father of that boy.”

Ndwandwe moved out of her house to rent her own place in Nyaluka, in the same area of ­Umkhumbane.

“She moved out to start a new life. She worked in a doctor’s ­surgery. I was a domestic worker.

“Thomo’s son was stabbed to death and his tongue was cut by ­unknown people at Umkhumbane. The boy was killed while on his way to the shops to buy paraffin,” she recalled.

“She was very beautiful, tall, well-built, light in complexion and had a nice voice,” she said.

In 2006, Buthelezi met ­Zwelithini at an Umhlanga hotel, where she informed him about his mother’s grave.

“He promised to make arrangements so that we could visit the grave, but since then nothing has been done,” said Buthelezi.

Prince Mbonisi Zulu, Zwelithini’s spokesperson, confirmed the royal household heard about Ndwandwe’s grave being somewhere in the Chesterville cemetery after many years of trying to find it.

He said: “Isilo (referring to the king) would be very ­happy to know about his mother’s grave.”

At the cemetery, Zulu pointed out a small hill with several graves on it, but was unable to pinpoint the exact grave.

Zulu said the spot was the same one pointed out to him in 2006 by Zwelithini’s late uncle, Somjumase Ndwandwe, after he had been sent by the king to find his mother’s grave.

“We were unable to find her grave or her name in the register. It might have happened that they ­deliberately changed her name,” said ­Zulu.

In it, he writes that a woman from KwaNyuswa at Botha’s Hill, Mamagasela, came to King Cyprian’s Kwakhangela palace to deliver a “prophesy” that the monarch’s first-born son, Zwelithini, who had not been born yet, would not be raised by his biological mother.

He added that soon after ­Zwelithini’s birth in 1948, he was taken away from his mother and raised by his grandmother, Queen Hlabangani, who was married to King Solomon.

Buthelezi said Ndwandwe never abandoned Zwelithini as she used to send clothes for him. 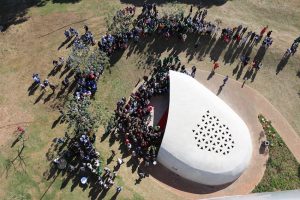 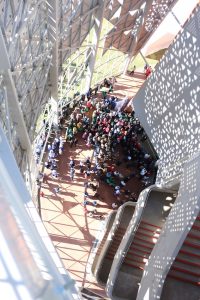 #ICYMI: WATCH: Cato Manor Museum opening and unveiling of the tombstone of the Queen mother